In the summer of 2020, when COVID-19 was ravaging the world, I was reminiscing about where in the world I would love to be right now… Those thoughts and memories took me to the beaches of Ibiza.

The late afternoon vibe was really something else. The planes flying overhead en-route to the nearby IBZ airport. The waves lapping on the shore. The atmosphere. The music – a prelude of chill-out vibes designed to bring the beach-goers up in readiness for the big night ahead.
Sadly, I wasn’t going to get to Ibiza anytime soon, so the best alternative I had was to recreate that vibe for myself.  This moment was the catalyst for what became Vianso Vibes EP.
Recreation of the Ibiza vibe took the form of opening up GarageBand on my MacBook and I just started playing around.  And as the sun began to set own oasis, I had the makings of a track… Nothing special I thought, but inspiring enough for me to want to finish it.  With some very rudimentary skills I completed the track,  I named it Lockdown Vibes, as at that time we were very much locked down and only leaving the house for supermarket provisions.
This first track became the catalyst for a further 19  tracks over the coming months.  A further three tracks to complete the Vianso Vibes EP.  This was followed up by In The City EP  which was conceived and created during a month-long trip to back to San Francisco. And the full 12-track album Mixed Vibes.
Over the course of the summer of 2020 Graham, Rhiannon and Erin were regular reviewers of my tracks and became confidents, sounding-boards and source of feedback and encouragement, I’ll be forever grateful.
These tracks were and still and approach evolution.
With the aid of YouTube and a my ‘creative-techie’ mindset I progressed in my production abilities, learning new tools, techniques and styles to progress my skills with each track.  From a workflow perspective I felt GarageBand was lacking and Logic Pro X had a more professional set-up and I transitioned to that program producing 15+ tracks before the trial version even expired!
Many of the tracks began as challenges. Be that a new style or genre. Use of acappellas – single words, random phrases or complete songs. Some were designed to make use of specific skills and techniques.  The aiming being to complete a new track whilst gain new and developing existing skills. 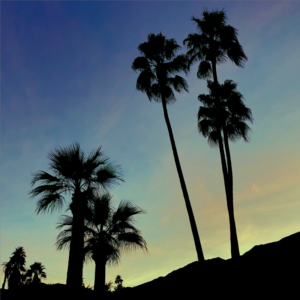 All In Your Mind – this was a challenge track! I’d received some great initial feedback from my mate Graham on some of my early tracks and asked him what genre/style he’ d like for the next track. His request was something in the style of Armin Van Bruuen (most specifically his track with Jean Michelle Jarre). The original version of this track was created after the Vianso Vibes EP, but apart from sharing with initial demo with Graham, this track was sidelined.  However, following the transition to Logic Pro X, this became the first track that worked on following the In The City EP.  I added extra elements & hooks, reworked the structure and completed a more rounded track. As I saw it as a remix, not a new track, my work in progress ‘album’ title was Mixed Vibes, as they were remixes from the Vianso Vibes EP period.
Don’t Wake Me Up – a pop number, but it still has a club/dance vibe.
Lifeless – R&B style track, reworked and phrased the a cappella track.
Don’t Be Scared – this track has a Europop vibe. There’s an interesting juxtaposition between the more melancholic lyrics and the upbeat backing track. This track was had numerous interation and was progressed with some specific feedback back from Rhiannon.
Orange Skies – named after the strange phenomena in San Francisco at the time whereby the XXXXX  This track was conceived as a chill-out track, you’d expect to hear in a late night hotel bar in Barcelona or Miami. This slow build initially showcase ethereal vocals, as the drop track builds and the drop hit you get a surprising vocal chop hook which takes the track to a whole new level.
And The Beat Goes… To expand my musical horizons I was asking people for artists, producers, playlists I should listen to for inspiration.  One such playlist was Glitterbox (Defected Records), this ignited something new and the notion of Nu-Disco.  A classic 70s-style, but something more edgy and ‘new’. I found some great unrelated vocal hooks and reimagined into a single upbeat track.
I Will Never Know – It’s a house-techno-pop vocal track.  When I started working on it, it went nowhere for a long time, then boom something clicked and it all began to fall into place.
Will You Let It Go? – vocal deep house vocal track
Something About Your Love – deep house vocal track
Never Let You Go – signer song writer
You’ll Never Be The Same Again – Trance track -Kris. 1990s Germany & eastern europe. Plus regular chart hits in the UK too.
You’re The Reason – style of Yebba. Found a great vocal track that became the final track of the album.
It was very tempting to re-order the tracks to perhaps improve the flow, but there was something quite honest about them appearing in the order they were conceived and completed. 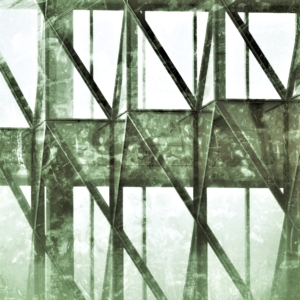 In The City EP